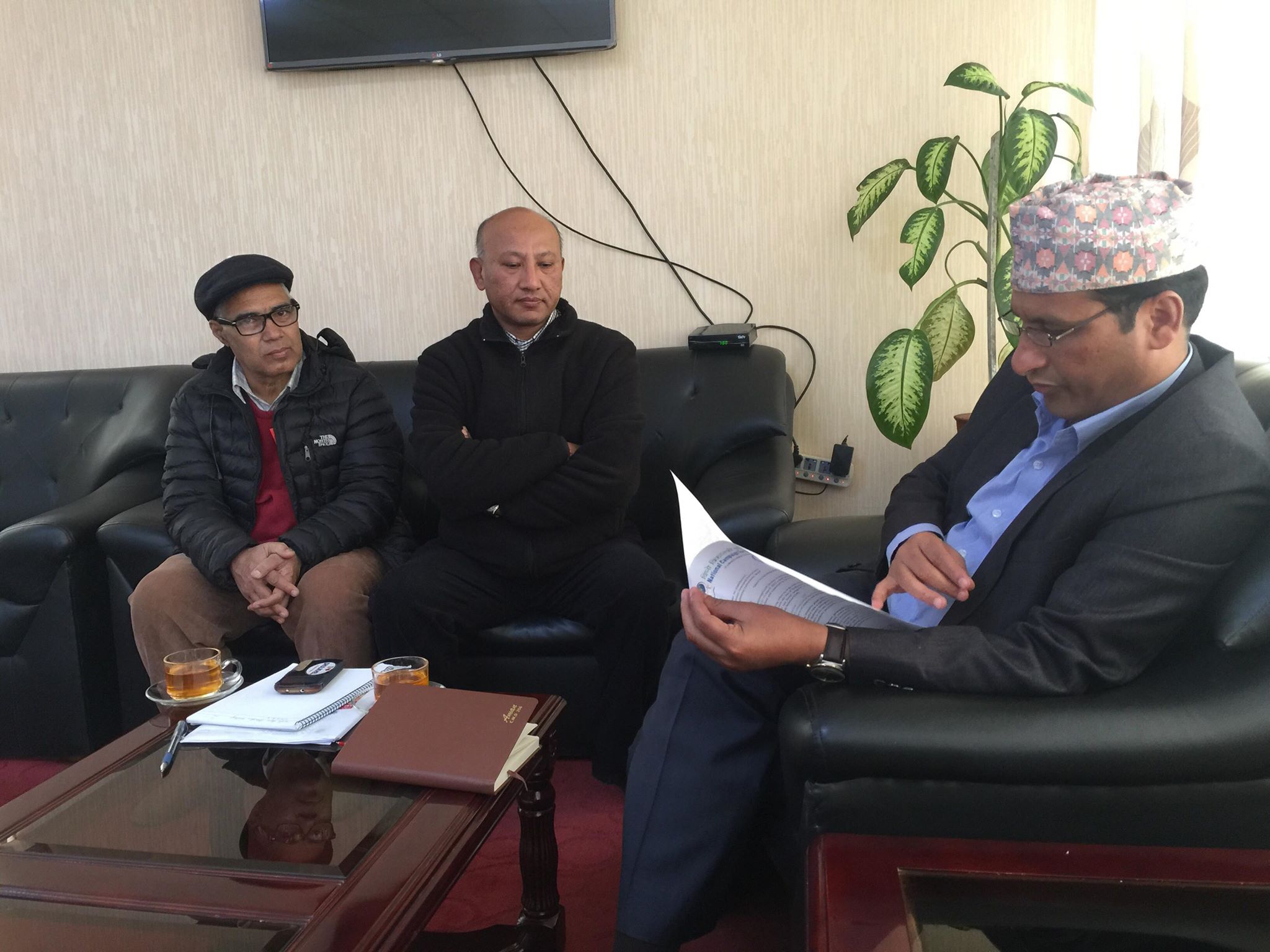 Nepalese CSOs working in the field of environment and climate change met with Hon. Mr. Shakti Basnet, Minister of Forest an Environment on 5 March 2019 at his office and strongly opposed geoengineering and demanded an immediate stop to all outdoor, real-world geoengineering experiments. Geoengineering threatens global peace and security. Some technologies that aim to manipulate climate and weather have a significant potential to be weaponized and originated in the military. Deploying Solar Radiation Management in particular could create a new geopolitical imbalance of winners and losers in the race to control the Earth’s thermostat, and could severely alter rainfall and hydrological patterns, particularly in regions that are already suffering from adverse impacts of climate change. As a part of Hands Off Mother Earth (HOME) Campaign an open letter was submitted to him and drew his attention.